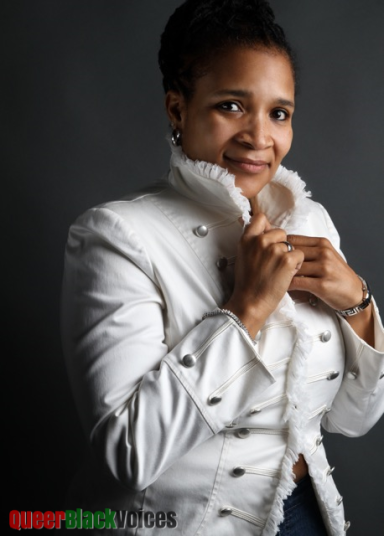 My exposure to the gay community happened long before I knew that I was a lesbian. I had very close family members who were gay. As a young child I saw men dressed as women, women dressed in men suits, women slow dancing with other women, and men kissing other men. Due to my daily exposure I was completely unaware that being gay was something that I was supposed to hide and something that wasn’t accepted or respected by most. It was very normal for me and as a child I had no idea that everyone didn’t have the same exposure. After all, some of the most amazing people I knew were gay. Their friends were gay. They embraced me, a loud-mouthed little girl with lots of questions, and I loved and admired them for being who they were. It would be a couple of decades before I would begin to identify myself as a lesbian and another decade before I would begin to work for and with the LGBT community. All the while I never was in the closet about my sexuality. I never knew I was supposed to be. Thus, my “coming out” was more of a “coming to”…never feeling the need to explain “why” but just having conversations about what was.

Once the word got out among my family I received many warnings, most telling me that I should not share my “private life” with others. I never had an understanding of those warnings, as I wasn’t anything less than proud about who I was and I actually felt honored that I could embrace that part of me. Needless to say, I didn’t follow anyone’s instructions about how to be “in the closet,” and instead began to pave the way for folks to come out and be proud. Today I still encounter many people who are ashamed, unsure, and secretive about their sexuality and I still take it upon myself to shed some light into the darkness of their closet.

QueerBlackVoices was created to help raise the visibility and solidarity of Black people of color who openly identify as part of the LGBTQ+ spectrum. Embracing the culturally rich tradition of communal storytelling, QueerBlackVoices is a platform dedicated to the collection and distribution of biographical narratives from out and proud Black queer-identified people. View all posts by QueerBlackVoices